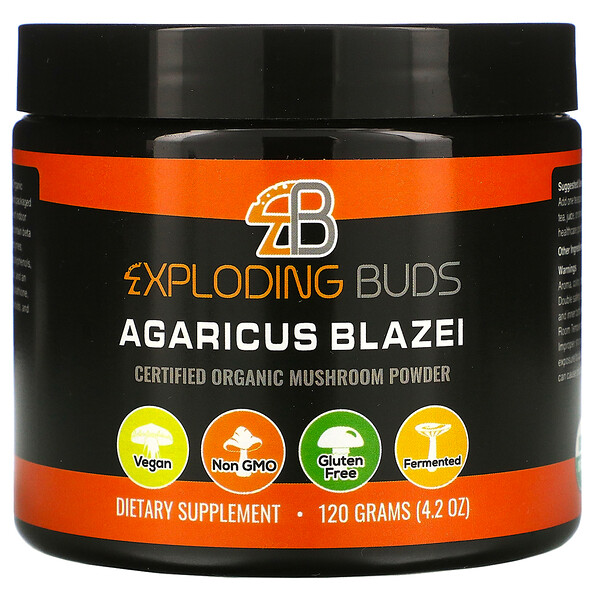 Agaricus blazei is commonly referred to as 'Almond Mushroom,' given its almond-like taste and aroma. It is native to Sao Paolo, Brazil and typically thrives in an atmosphere with high temperatures and abundant moisture. It is also found growing in North America - particularly Canada and the United States - and Britain. The mushroom features a round cap with a gill-like structure under the cap. It typically forms single or clustered fruit bodies on fallen dead plant material.

Add one teaspoon (2 grams) to your favorite coffee, tea, juice, or smoothie or as directed by a qualified healthcare professional.