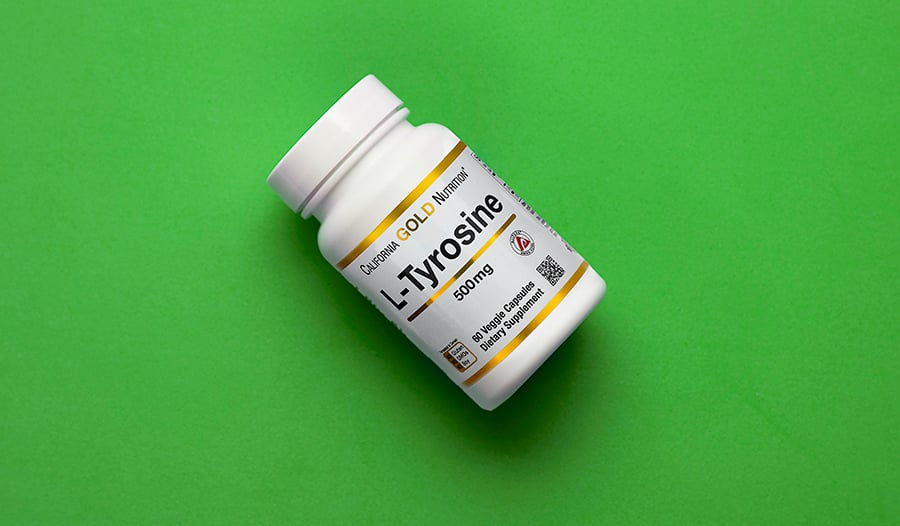 Tyrosine, also known as L-Tyrosine, is a non-essential amino acid. Although very important, it is considered  “non-essential” because the body can produce the amino acid by converting phenylalanine into tyrosine. However, there is a rare medical condition called PKU (phenylketonuria) in which some lack the enzyme required for this conversion.

A healthy, well-rounded diet plays an important role in ensuring adequate vitamins, minerals, and amino acids, including tyrosine. The Federal Drug Administration (FDA), the agency that oversees supplement safety, considers tyrosine “Generally Regarded As Safe” when taken as a supplement.

The Importance of Tyrosine

Tyrosine is necessary to make hormones such as adrenaline, thyroid hormones, and others listed below.

During times of emotional and physical stress, the body will require more tyrosine than in less stressful times. As a result, tyrosine is commonly found in pre-workout supplements and workout formulas. 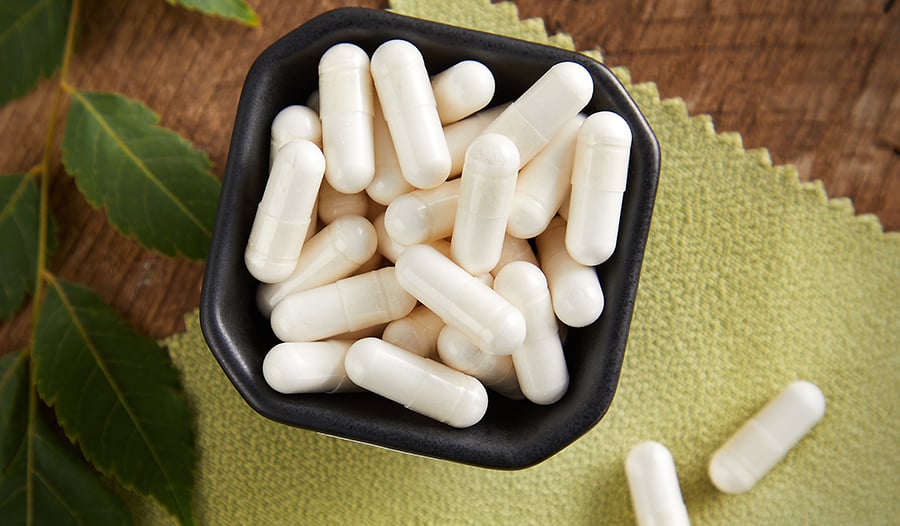 Optimizing brain function is important at every age.  However, as we get older, cognitive decline is inevitable. Fortunately, there are things you can do to help keep brainpower at its best—eating a healthy,  balanced diet, partaking in regular physical activity, and getting good sleep are all important. According to studies, supplements such as tyrosine may also be beneficial.

For example, a small 1994 study tested 16 healthy subjects. Half were given tyrosine, and the other half were given a placebo pill. Test subjects were then asked to perform stress-sensitive tasks. Researchers found that tyrosine supplementation improved performance one hour after administration when compared to the placebo.

A 1995 study evaluated the effects of tyrosine on brain function during times of sleep deprivation. In the study, test subjects who work at night were given a series of tests. In total, they were awake for more than 24 hours.  Half the subjects were given tyrosine while the other half took a placebo. Those given tyrosine saw less of a decline in their performance compared to those given a placebo. The researchers concluded that tyrosine could be useful in helping to prevent performance decline in those who are sleep deprived.

Further, a 2015 study showed that tyrosine enhances cognitive performance, especially during times of stress. The researchers went on to conclude that tyrosine “is an effective enhancer of cognition, but only when neurotransmitter function is intact” and when dopamine and/or norepinephrine were temporarily depleted.

Lastly, a 2015 double-blind, randomized controlled study evaluated 22 healthy adults. Half were given tyrosine while the other half were given a placebo. The researchers concluded that tyrosine promoted cognitive flexibility by maintaining optimal brain function.

In today’s age where many of us are being pulled in various directions, the ability to multitask is an essential skill. However, this may be easier for some than for others.

A 1999 study found that tyrosine may help with multitasking. This study concluded that “…tyrosine may sustain working memory when competing requirements to perform other tasks simultaneously degrade performance, and that supplemental tyrosine may be appropriate for maintaining performance….”

Depression is a common condition that affects hundreds of millions of people worldwide. There are many causes, and they can be complex. Many seek healthcare assistance or take pharmaceuticals to help eliminate the signs and symptoms of depression.

A small 1988 study showed that tyrosine is effective in dopamine-deficient depression. Those who were treated were noted to have an improvement in both depression symptoms and sleep quality.

However, a 1990 study found that tyrosine was not helpful in treating other forms of depression.

The importance of regular physical activity is well known. Exercise has immediate and long-term benefits. It can help maintain body weight, improve mental health, and strengthen bones and muscles while helping to improve heart and brain function.

Many take nutritional supplements such as whey protein and creatine to help with peak performance. Tyrosine is one of those ingredients and/or supplements that may also be beneficial for some.

According to a 2011 study brain dopamine (tyrosine is a precursor) improves the ability to exercise in heat.  In this study, 11 healthy male volunteers were recruited. They performed two exercise tests separated by seven days. Subjects consumed either a tyrosine-supplemented drink or a placebo drink one hour prior to a bicycling-to-exhaustion test. The results showed “…that acute tyrosine supplementation is associated with increased endurance capacity in the heat in moderately trained subjects.”

However, not all studies show tyrosine benefits with exercise. A 2014 study showed that tyrosine supplementation did not influence self-paced endurance exercise in the heat. In addition, a 2016 study also did not reveal any improvement in physical performance during exercise and no improvement in cognitive function. There were also no noted negative effects in these studies.

Despite these results, many rely on this amino acid and incorporate it into their daily workout regimen.

A 2007 randomized, placebo-controlled study evaluated subjects in Antarctica. The researchers concluded that “tyrosine leads to a significant reduction in serum TSH and improvement in mood in winter compared with placebo, while the combined T4-T3 supplement leads to a worsening of mood in summer and no improvement in winter.” In other words, tyrosine did a better job than thyroid medication in this study.

However, there are not many other studies on tyrosine and thyroid function, so it is important to make sure you never stop your thyroid medication unless directed to do so by your physician.

Melanin is the natural pigment present in the skin, hair, and eyes. There are two main types of melanin. Brown to black melanin is called eumelanin while there is also a yellow to reddish-brown melanin called pheomelanin.

Unless albinism is present, most produce melanin to one degree or another. If you have more, you have darker skin and hair, and if you have less melanin, then you have a lighter complexion.

The production of melanin requires the presence of tyrosine. Without it, pigmentation would be impossible.

Parkinson’s disease is a neurological condition that affects the central nervous system. Early on, symptoms may include tremors, difficulty walking, and moving slowly. As the condition progresses, low blood pressure, depression, anxiety, and even dementia may occur.

The only study I identified was from 2014. It discovered no significant benefit of tyrosine supplementation for Parkinson’s disease and its symptoms.

Note: if one does take tyrosine supplements and Parkinson's medication, it is important to take them separately as they compete for absorption in the gut. Talk to your doctor.

Tyrosine is commonly taken at a dose of 500 to 1,000 mg once or twice per day for adults. If taken on an empty stomach or with a low-protein meal, increased absorption can be expected.

The Health Benefits of Ashwagandha

Do you ever wish there was one thing that could treat all of your symptoms, whether it’s improving thyroid function or reducing memory loss?

What Is Bladderwrack? 3 Healthful Benefits According to a Naturopath

Bladderwrack is an incredible plant with a variety of uses. A naturopathic doctor explains the benefits of this seaweed for your thyroid, skin, and digestion.

The amino acid l-theanine (γ-N-ethylglutamine), occurs naturally in tea leaves and in the edible bay boletes mushroom Xerocomus badius. Green tea and black tea are made from the same plants.